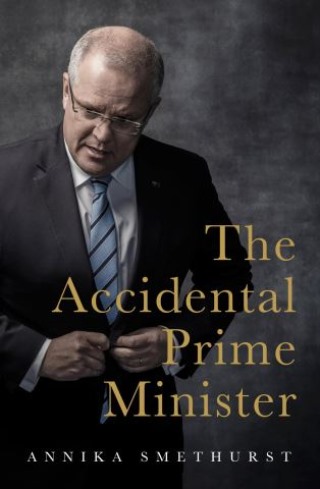 Nine months after the spill that catapulted him to the prime ministership, Scott Morrison won the 2019 election, shocking politicians and political pundits (and, quite possibly, himself). Yet, unlike his predecessors, little was really known about the former marketing man whose hard-nosed political instincts and 'daggy dad persona' saw him become the 30th Prime Minister of Australia. Voters knew what he allowed them to see - a policy embrace of slogans like 'Stop the Boats'; his deft rebuttal of media enquiries; his love for Jen and his two daughters; that he liked to cook a curry on Saturday nights; and that his faith and the Cronulla Sharks were a big part of his life. But a man is more than sound bites and social media posts. So who the bloody hell is Scott Morrison?

In this revealing biography, political journalist Annika Smethurst uncovers the man behind the headlines and slogans to show us what makes Scott Morrison tick. Taking us from his childhood, as the son of a local policeman, to a meeting that would lead to marriage to his teenage sweetheart, The Accidental PM will tell the personal and the political. There are questions about Morrison's early business career and his preselection that, when answered, will paint a clearer picture of the man leading our country and give greater insight into how he won the 'miracle' election. Whether Morrison's ego and temperament will see him falter in hard times or whether he will use the lessons of his life to end the revolving door of PMs to become one of Australia's best prime ministers is still to be discovered. But knowing the man will allow us all to know the path he will lead us on.

Annika Smethurst is the state political editor at The Age newspaper in Melbourne.
She is a double Walkley Award winner and has two Melbourne Quill Awards for political reporting. In 2019, Annika became the accidental poster woman for press freedom when her house was raided by the AFP over a story she wrote revealing a government plan to allow the Australian Signals Directorate to spy on Australians. In her 2020 essay, On Secrets, she explored the impact of the raids and examined the importance of press freedom.
She is the former national political editor of the Sunday Telegraph and Sunday Herald Sun and is a regular on ABC's Insiders program and Sky News.