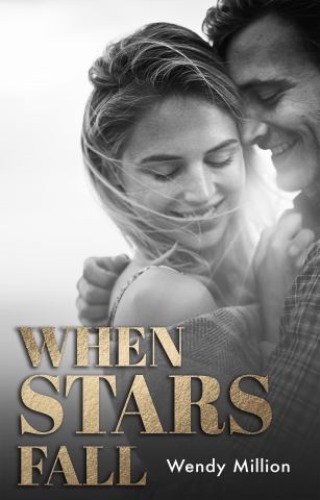 When faced with a decision all those years ago, Wyatt chose wrong.
And now it’ll take a lot more than fast-talking to get Ellie back.
This time, he won’t let go. This time, it’s different.
This time he’s only choosing her.

Thirteen years ago, Ellie Cooper struck gold. She secured a coveted movie role that sent her life spiraling into success and out of control. Landing in the arms of Wyatt Burgess, her world-famous co-star with some hard-partying ways, she was enveloped in a world of clubs, romance, and drugs. But when one of Wyatt and Ellie's best friends overdoses outside a nightclub, Ellie gives Wyatt an ultimatum: the lifestyle or her. Wyatt makes the wrong choice.

Years later, Wyatt sets out to make things right. But Ellie has moved on; she's left the party life behind in exchange for something more stable. But Wyatt has always set her heart on fire. And now she’s forced to choose between the new world she has carved out for herself and the passionate whirlwind that allowing Wyatt back into her life could bring . . .

Wendy Million: Wendy Million is a Watty Award winner whose contemporary romances about strong women and troubled men have captivated her loyal Wattpad readers. She is also the author of the romantic suspense series The Donaghey Brothers and the NA sports romance Saving Us, which all began on Wattpad. When not writing, Wendy enjoys spending time in or around the water. She lives in Ontario, Canada with two beautiful daughters, two cute pooches, and one handsome husband, who is grateful she doesn’t need two of those.