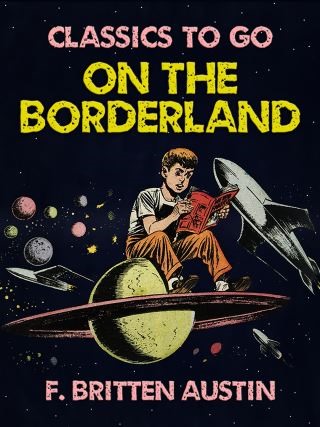 Excerpt: "There is no mystery so dark or so bewildering as the one enigma of the human spirit. Britten Austin, like Algernon Blackwood, has explored the dim borderland of the subconscious world, and in this book of twelve tales he brings to light the unbelievable strange things that really happen. Most of the twelve stories have fantasy or supernatural elements: ghosts, mesmerism, looking back into the past (using a crystal ball). The Great War is recalled in most of the stories. In some it has brought about a loss of identity. In “A Point of Ethics”, one of the stories with no fantasy element a husband returns home to his wife in 1920; she has not seen him since he sailed to France in 1918, and has been told by the War Office that he has died in action. She has married again. It turns out that he had recovered his identity, but only temporarily—he reverts to the identity constructed after suffering shellshock, and returns to the wife that he has married. In another, “Held in Bondage”, a German mesmerist has convinced a young woman that she is German rather than French. In “From the Depths” a ship’s radio picks up a radio message from a ship that had been torpedoed and lost with all hands exactly a year before."

F. Britten Austin: Frederick Britten Austin (1885-1941) was a writer who was particularly interested in the theme of war. He served in the Great War as a captain, His first novel was The Shaping of Lavinia (1911), which was about the marriage of a young woman. But one of his main interests was warfare: the first of the books on this theme was In Action: Studies of War in 1913. Fantasy interest is his book On the Borderland.