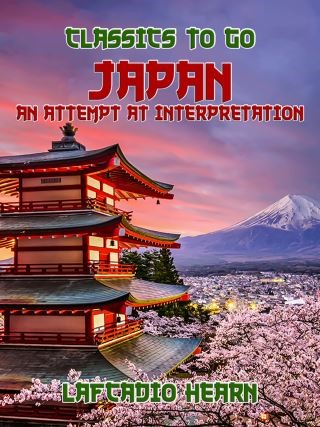 Japan: An Attempt at Interpretation

Scholar and travel writer Lafcadio Hearn spent decades in Japan, eventually adopting it as his home country. Perhaps more than any other single writer, Hearn is responsible for documenting and interpreting Japan for Western audiences. In this engrossing volume, Hearn undertakes his most comprehensive comparative analysis of Japanese culture. (Goodreads)