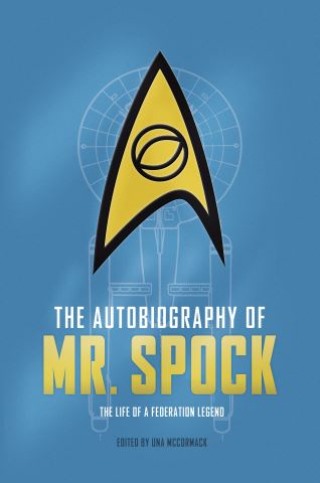 The Autobiography of Mr. Spock

The iconic Star Trek character’s lifestory appears for the first time in his own words; perfect for fans of the upcoming Star Trek: Strange New Words.

One of Starfleet’s finest officers and the Federation’s most celebrated citizens reveals his life story. Mr Spock explores his difficult childhood on Vulcan with Michael Burnham, his controversial enrolment at Starfleet Academy, his time on the Enterprise with both Kirk and Pike, and his moves to his diplomatic and ambassadorial roles, including his clandestine mission to Romulus.

Brand-new details of his life on Vulcan and the Enterprise are revealed, along with never-before-seen insights into Spock’s relationships with the most important figures in his life, including Sarek, Michael Burnham, Christopher Pike, Kirk, McCoy and more, all told in his own distinctive voice.

Una Mccormack: Una McCormack is the author of The Autobiography of Kathryn Janeway, The Autobiography of Mr Spock, the Star Trek novels: The Lotus Flower (part of The Worlds of Star Trek: Deep Space Nine), Hollow Men, The Never-Ending Sacrifice, Brinkmanship, The Missing, The Fall: The Crimson Shadow, Enigma Tales, and the Doctor Who novels The King’s Dragon, The Way Through the Woods, and Royal Blood. She lives in Cambridge, England, with her partner and daughter.