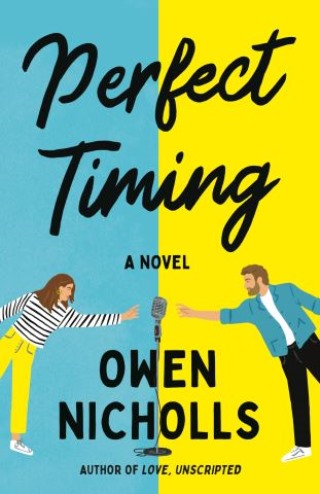 From the author of Love, Unscripted. . . . They’re perfect for each other. But what happens when you meet the right person at the wrong time—over and over again?

“A modern-day love story with an old-fashioned warmth.”—Debbie Johnson, author of Maybe One Day

Up-and-coming musician Tom thinks he met the love of his life one night a year ago, but thanks to a made-up girlfriend, he’s pretty sure he’s never going to see her again. If it weren’t for the painkillers the doctor had given him for his dislocated shoulder, he could’ve explained what really happened. But now the moment for explanations has gone, so he just keeps writing songs about her in the wild hope that she’ll hear one on the radio and understand.

Jess thinks she met a cheating liar one night a year ago, but much to her chagrin, she can’t seem to stop thinking about him. When she finally decides to take it upon herself to tell Tom’s girlfriend what happened that night, she finds out that the truth isn’t quite what she thought it was. But by then it’s too late—she’s headed to the other side of the world to launch her comedy career.

As the years go by, Tom and Jess are never far from each other’s thoughts. But every time it seems that there might be a way for them to move forward, something else conspires to keep them apart. In life and in love, timing is everything—but will Tom and Jess ever manage to get it right?

Owen Nicholls: Owen Nicholls is the author of Love, Unscripted and a screenwriter with a master’s degree in script writing. He lives in Norwich, England, with his partner and their two sons.