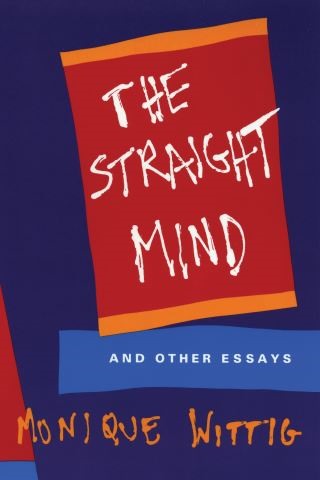 These political, philosophical, and literary essays mark the first collection of theoretical writing from the acclaimed novelist and French feminist writer Monique Wittig.

“Among the most provocative and compelling feminist political visions since The Second Sex. These essays represent the radical extension of de Beauvoir’s theory, its unexpected lesbian future. Wittig’s theoretical insights are both precise and far-reaching, and her theoretical style is bold, incisive, even shattering.”
—Judith Butler, Johns Hopkins University

Monique Wittig: Monique Wittig (1935-2003) was a French-born feminist theorist and the author of L'Opoponax and Les Guérillères. Her writing focused on the performativity of gender, sexuality, and lesbian feminism. She studied at the Sorbonne and The School for Advanced Studies in the Social Sciences (L'École des Hautes Études en Sciences Sociales), and later taught at such institutions as Vassar College and University of California—Berkeley.