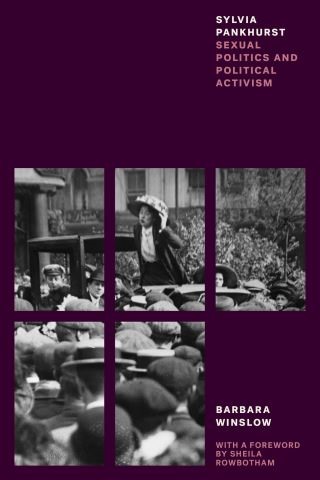 Along with her mother Emmeline, and her sister Christabel, Sylvia Pankhurst was one of the leading women's suffrage activists in early twentieth-century England, working with the militant Women's Social and Political Union. Unlike her family, however, who looked to parliament and spoke to elite and middle-class women's concerns, Sylvia consistently looked to working women and the labour movement as central to her feminist politics.

In this illuminating political biography, feminist historian Barbara Winslow recovers Sylvia Pankhurst's life and work for a new generation of socialists and feminists. From Pankhurst's organizing with immigrant and working women in London's East End to her revolutionary communism and growing internationalism and anti-fascism, Winslow gives us the story of a brilliantly inspiring unorthodox feminist and unorthodox socialist.

With a preface from internationally recognized socialist feminist historian and activist, Sheila Rowbotham.

Barbara Winslow: Barbara Winslow is professor emerita of Women and Gender Studies at Brooklyn College, CUNY; the founder and director emerita of Shirley Chisholm Project for Brooklyn Women's Activism at Brooklyn College; and has taught women's, labour, and African American history at public colleges and universities in Seattle, Detroit, Cleveland, and New York City. During her graduate work with legendary social historian E.P. Thompson in England, she played a role in the early protests and conferences of the English women's liberation movement.