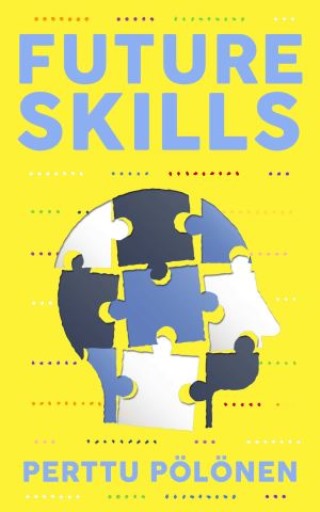 What will humanity look like in twenty years . . . in fifty? Which skills should we be cultivating in an age of ceaseless technological progress?

Finnish inventor, composer, and futurist Perttu Pölönen argues that the next revolution is a human revolution. To counterbalance the world we digitalized, we need to develop creativity, perseverance, compassion, and curiosity—those same soft skills that give our lives meaning and set us apart from machines. What can we get from you that we can’t get from Google?

Join Pölönen as he takes a practical, personal look at our ever-changing technological landscape while investigating our ability to respond, adapt, and evolve as a society. In the end, his curriculum for the future will empower you to use your uniquely human skills to master a decidedly uncertain future.

Perttu Pölönen: Perttu Pölönen is a multitalent – an inventor, composer and futurist. He has won the 1st prize in European Union Contest for Young Scientists and has been included among the most brilliant innovators under 35 in Europe by MIT Tech Review. In his work Perttu combines knowledge he has acquired from studying in Silicon Valley and working in Myanmar. In his home country, Finland, Perttu has become one of the most sought-after speakers inspiring thousands of people in his lectures.