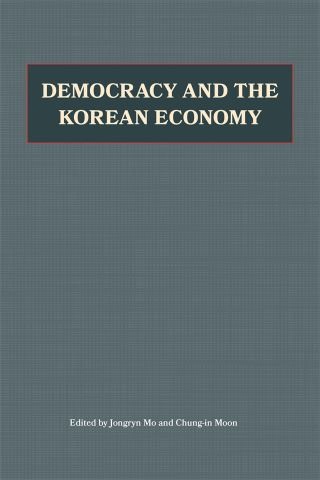 Democracy and the Korean Economy

South Korea has been one of the great success stories of postwar economic development, rising from one of the poorest nations on earth in the 1960s to become the world's eleventh-largest economy by 1996.

But Korea's model of economic development began to unravel in 1987. When the authoritarian rule that helped propel economic performance gave way to increasing public pressure for democracy, the Korean economy was confronted with fundamental transformations. With democracy came increasing consumption, labor activism, and rising wages. Yet many of the old policies of the export-oriented, pro-business authoritarian rule remained in place. The complex and multifaceted economic effects brought about by democratic change have defied analysis—until now.

Democracy and the Korean Economy is an authoritative study of the new model of Korean political economy and the first book to analyze the economic impact of democratic change in South Korea. In addition to analyzing patterns of change in major policy areas, authors Jongryn Mo and Chung-in Moon closely examine specific industries—such as automobiles—and the family-controlled industrial conglomerates known as chaebols to analyze their market positions and political influence under both the authoritarian and democratic regimes. They show how conflicts in key policy areas have evolved, identify the political and economic factors that have been important to resolving those conflicts, and reveal the wide range of effects, both subtle and significant, of democratization on the Korean economy and on its economic policy.