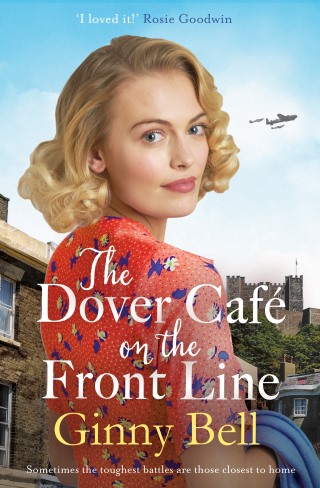 The Dover Cafe On the Front Line

A dramatic and heartwarming WWII saga

'Brilliantly written and researched . . . I loved it.' Rosie Goodwin

The second book in an emotional and heartwarming WWII Series. For fans of Ellie Dean, Annie Groves and the Home Fires series.

With the Battle of Britain raging overhead and German guns firing across the Channel, the people of Dover suddenly find themselves on the front line. But despite the danger, Nellie Castle is determined to keep the
café open, no matter what.

For Nellie's daughter, Lily, it is an exciting time as she starts her nursing career. The work is demanding, but with
romance on the horizon, she still finds time to enjoy herself. That is until a prisoner escapes from the hospital
and everything she holds dear - including her freedom - is put at risk.

Meanwhile there are strange goings-on at the café: rumours are circulating and long-buried secrets are surfacing. Secrets that could tear the Castle family apart once and for all . . .

Don't miss the next book in the brilliant Dover Cafe Series, The Dover Cafe Under Fire. Available to pre-order now.

'A brilliant evocation of a family and community pulling together in wartime. Full of drama, laughter, and nail biting cliff hangers. A triumph!' Annie Clarke, author of The Factory Girls series

'Well-researched and expertly written . . . Perfect for those days when all you want is a book to lose yourself in.' Fiona Ford, author of The Liberty Girls

'A joyous read, the sort of book to read in one sitting.' Kitty Danton, author of A Wartime Christmas

'A rattling good novel that gives the reader a front seat at the Dover café during World War 2 . . . a really good start to what looks to be a fascinating saga.' Shirley Mann, author of Lily's War

'Brilliantly researched, written with warmth and insight, brimming with emotion and drama, and starring a cast of superbly drawn characters who are guaranteed to touch the hearts of readers everywhere.' Lancashire Post

Ginny Bell: Ginny Bell went to school in Dover, never realising at the time what a fascinating and crucial role the town played in World War Two. She is a freelance editor who lives in London with her three children. The Dover Café at War is her first novel.