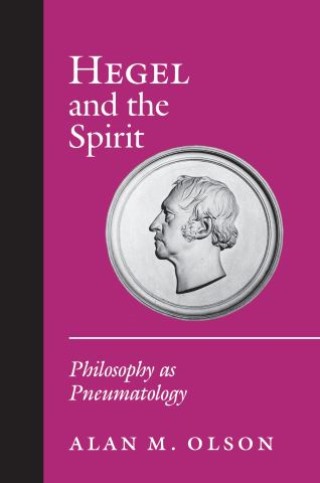 Hegel and the Spirit

Hegel and the Spirit explores the meaning of Hegel's grand philosophical category, the category of Geist, by way of what Alan Olson terms a pneumatological thesis. Hegel's philosophy of spirit, according to Olson, is a speculative pneumatology that completes what Adolf von Harnack once called the "orphan doctrine" in Christian theology--the doctrine of the Holy Spirit. Olson argues that Hegel's development of philosophy as pneumatology originates out of a deep appreciation of Luther's dialectical understanding of Spirit and that Hegel's doctrine of Spirit is thus deeply interfused with the values of Würtemberg Pietism. Olson further maintains that Hegel's Enzyklopdie is the post-Enlightenment philosophical equivalent of a Trinitätslehre and that his Rechtsphilosophie is an ecclesiology. Thus Hegel and the Spirit demonstrates the truth of Karl Barth's observation that Hegel is the potential Aquinas of Protestantism. Exploring Hegel's philosophy of spirit in historical, cultural, and personal religious context, the book identifies Hegel's relationship with Hölderlin and his response to Hölderlin's madness as key elements in the philosopher's religious and philosophical development, especially with respect to the meaning of transcendence and dialectic.