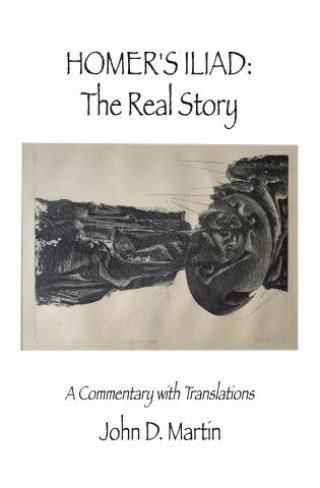 A Commentary with Translations

For the nearly three millennia since its creation, the Iliad's Real Story has gone undiscovered. Homer, a blind poet as antiquity believed him to be, created a powerful war story which must have enthralled his listening audiences. But this story concealed another one, far grander in design, and immensely more clever in execution, which can be discovered only by careful examination of the written text. Living in an age where literacy was minimal, Homer created this story for the gods, and undoubtedly never expected any mortal to understand it. Homer's imaginative fantasy radically undermines traditional Trojan War mythology, and exposes the speciousness of war's glory, the folly of the warriors who (supposedly) fight for it, and the amorality of the gods who help them do so. Homer's great war poem, great indeed, war poem indeed, is in its depths antiwar. In piecing together the Iliad's web of secret plans, deeply hidden motives, and subtle lies and deceptions, and in the process identifying and discarding post-Homeric corruptions to the text, we will find an Iliad which is not a prelude to Achilles' glorious early death and the Fall of Troy, but the opposite. In a concealed ending, towards which the entire story has been leading, Homer's own words will tell us how Achilles, as supplicated by Priam, chooses a long life without renown, and goes home. The Greek army, unwilling to fight without its greatest warrior, leaves also, sparing peaceful, holy Troy, Zeus’ favorite city and best hope for mankind. Homer tells this story with a brilliance that is almost unimaginable, until one actually encounters it. The Real Iliad is an immense intellectual challenge and an inexhaustible source of surprises. Far from a formalistically "heroic" epic, as has long been thought, it is an imaginative expression of the full creative powers of Western antiquity's greatest author.

John D. Martin: John D. Martin holds a PhD in economics and three other degrees from the University of Chicago. He first read Homer in Greek as a UC undergraduate in 1961. The present study is the product of nine years of work, unceasing and without break, and was completed at the beginning of the tenth. jdmartin1@yahoo.com.