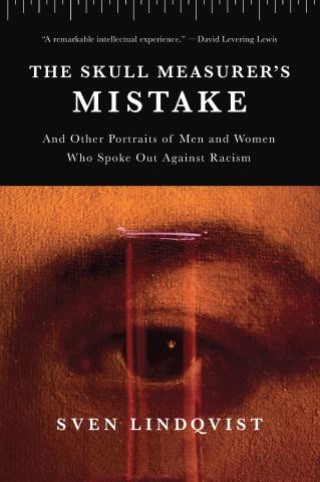 In this unique book, Sven Lindqvist, author of the acclaimed “Exterminate All the Brutes,” shows why the history of antiracist work must not be limited only to the study of racists. Here we have the inspiring stories of more than twenty eighteenth- and nineteenth-century men and women who struggled and fought against ignorance and animus, often going against the times to expose the many facets of racism and hate.

Well-documented and rich in anecdote, The Skull Measurer’s Mistake recounts the antiracist efforts of Benjamin Franklin, Helen Hunt, Joseph Conrad, and Alexis de Tocqueville, as well as others whose names are perhaps forgotten but whose important work lives on. Lindqvist—whose writing, Adam Hochschild has said, “leaves you changed”—shows how racist arguments emerged, and reemerged, over time. At a time when conversations about racial justice are occurring in every corner of society, knowledge of past antiracists can help us defeat racism today.

Sven Lindqvist: Sven Lindqvist was the author of more than thirty books, including “Exterminate All the Brutes,”, A History of Bombing, Terra Nullius, and The Dead Do Not Die (all published by The New Press). A resident of Stockholm, he held a PhD in the history of literature from Stockholm University, an honorary doctorate from Uppsala University, and an honorary professorship from the Swedish government.