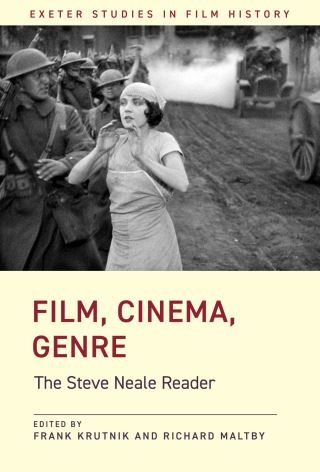 This book brings together key works by pioneering film studies scholar Steve Neale. From the 1970s to the 2010s Neale’s vital and unparalleled contribution to the subject has shaped many of the critical agendas that helped to confirm film studies’ position as an innovative discipline within the humanities.

Although known primarily for his work on genre, Neale has written on a far wider range of topics. In addition to selections from the influential volumes Genre (1980) and Genre and Hollywood (2000), and articles scrutinizing individual genres – the melodrama, the war film, science fiction and film noir –   this Reader provides critical examinations of cinema and technology, art cinema, gender and cinema, stereotypes and representation, cinema history, the film industry, New Hollywood, and film analysis. Many of the articles included are recommended reading for a range of university courses worldwide, making the volume useful to students at undergraduate level and above, researchers, and teachers of film studies, media studies, gender studies and cultural studies.

The collection has been selected and edited by Frank Krutnik and Richard Maltby, scholars who have worked closely with Neale and been inspired by his diverse and often provocative critical innovations. Their introduction assesses the significance of Neale’s work, and contextualizes it within the development of UK film studies.

Steve Neale is Emeritus Professor of Film Studies at the University of Exeter. He is the author of Genre and Hollywood (2000), co-author of Epics, Spectacles and Blockbusters: A Hollywood History (2010), editor of The Classical Hollywood Reader (2012), co-editor of ‘Un-American’ Hollywood: Politics and Film in the Blacklist Era (2007) and Widescreen Worldwide (2010), and a contributor to Film Moments: Criticism, Theory, History (2010) and to Film Studies and Movie.

He has been a Series Editor of Exeter Series in Film History. He was recipient of BAFTSS’s Outstanding Achievement Award in 2017.