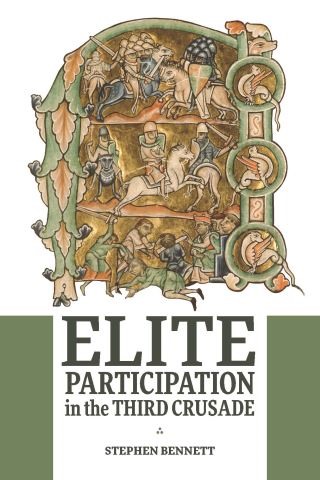 Elite Participation in the Third Crusade

The Third Crusade (1189-1192) was an attempt by Latin Christendom to reconquer the Holy Land, following the capture of Jerusalem by the Ayyubid sultan Saladin in 1187. Tens of thousands responded to a call for a crusade by Pope Gregory VIII and the efforts of his preachers at mass cross-taking ceremonies, rallying to the expedition's leaders - Frederick Barbarossa, Philip Augustus, and Richard the Lionheart.
This book analyses the communal and cultural factors that influenced nobles from north-western Europe who embarked on the Third Crusade, bringing out the motives, dynamics, and extent of their participation, and placing that participation in the broader social and geographical context of crusading and medieval life. It shows that significant numbers of them were themselves descended from crusaders, and that the majority of them travelled to the Levant in the company of friends, family, and neighbours, as well as through membership of a military household. It also highlights the role of key individuals - both male and female - who influenced the decision to undertake the crusade, and identifies the significant role played by particular religious institutions in the diffusion of crusading ideology.

STEPHEN BENNETT gained his PhD from Queen Mary, University of London; a former infantry officer, he is a graduate of both the Royal Military Academy Sandhurst (UK) and Escuela Superior de las Fuerzas Armadas (Spain).