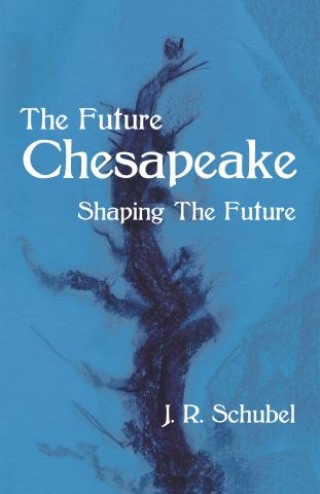 After spending more than $24 billion, the results of the restoration program are disappointing.

The Bay Program has arrested the decline of the Bay, but it has failed to achieve its restoration goals—something that will become more challenging with climate change.

The rate of environmental change today is more rapid than at any time in the history of humanity. The concept of restoration—to return to an earlier time and condition—is an outmoded concept for coastal ecosystems like the Chesapeake Bay that are at the leading edge of change.

A better strategy would be to focus on shaping the future Bay. While we cannot create the future Bay, we have many of the tools to shape it, tools that have never been used as a complement to existing efforts.

Learn about the past and present of the Bay, how climate change will affect its future, and how we can intervene to shape the future of the Chesapeake.

J. R. Schubel has worked throughout his career at the interfaces of coastal science-management-policy. He received his Ph.D. from Johns Hopkins University, where he became associate director of its Chesapeake Bay Institute. He has published widely on the Chesapeake Bay and wrote and illustrated The Living Chesapeake.  He left Johns Hopkins to become dean of Stony Brook University’s Marine Sciences Research Center.  For three of his twenty years at Stony Brook, he served as provost. He holds the title of Stony Brook distinguished service professor emeritus. He is president emeritus of the New England Aquarium and the Aquarium of the Pacific.