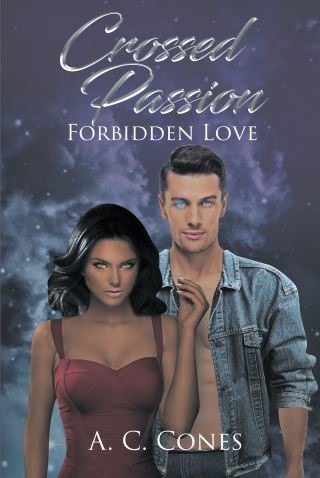 After witnessing a terrifying spaceship that traveled from Mars, Nadya Cohan is haunted by her childhood memories when she starts having strange nightmares and flashbacks about alien abduction that she's unsure are just symptoms of false memory syndrome or an actual past experience.

Marius Hayden, a mysterious man who appears after the incident just three weeks later, leaves Nadya in suspense. Nadya knows he's beyond different and, before long, starts having doubts that Marius is even human but instead an alien that she somehow develops emotions for. Strangely, Marius is attracted to her but thinks it was nothing more but a phase that will pass. Time passes on, and their trust is built stronger, and what is only left to explore is a forbidden divine love.

The couple is aware that they could become the target to the treacherous government's plans if the relationship were to ever be discovered, and Marius is devastated to make a heartbreaking decision that will leave both lovers in turmoil of uncertainly that will only lead them down a road of destruction and affliction. Nadya must come to terms to the harsh reality of her own consequences by reckless decisions when she is forced to divulge the very secrecy that will become her new life.