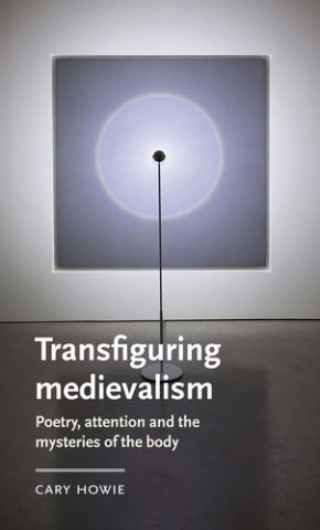 Poetry, attention, and the mysteries of the body

Transfiguring medievalism combines medieval literature, modern poetry and theology to explore how bodies, including literary bodies, can become apparent to the attentive eye as more than they first appear. Transfiguration, traditionally understood as the revelation of divinity in community, becomes a figure for those splendors, mundane and divine, that await within the read, lived and loved world. Bringing together medieval sources with modern lyric medievalism, the book argues for the porousness of time and flesh, not only through the accustomed cadences of scholarly argumentation but also through its own moments of poetic reflection. In this way, Augustine, Cassian, Bernard of Clairvaux, Dante, Boccaccio and the heroes of Old French narrative, no more or less than their modern lyric counterparts, come to light in new and newly complicated ways.

Cary Howie: Bill Burgwinkle is Reader in French and Occitan Literature at the University of Cambridge.