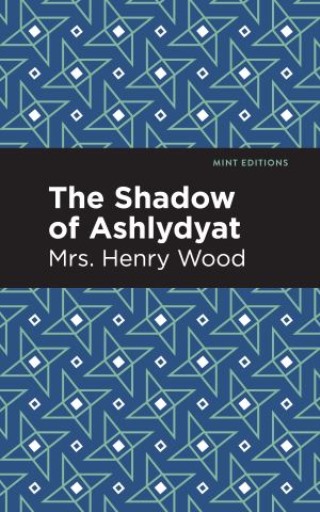 The Godolphin family runs a small-town bank, keeping the business in the family and earning them an enviable reputation. However, after the patriarch of the Godolphin passes away, he bequeaths the bank to his two sons, Thomas and George. Nearly polar opposites, the bank is the only thing that the brothers share. Thomas is pious, honest, and serious, haunted by the untimely death of his fiancé. George is dapper, fun, and irresponsible. Though he has a wife, Mary, George spends most of his time with a woman named Charlotte. While Thomas sees the bank as an inherited responsibility, and is eager to uphold the family legacy, George views their inheritance as an opportunity. Despite Thomas’s best efforts, George’s gambling addiction threatens their business. As his debts begin to overwhelm the careless man, George becomes tempted to commit shameful crimes. Headed for social ruin, George sows seeds of trouble, consequently dragging the rest of his family down with him. Hailed as one of the author’s most beloved works, The Shadow of Ashlydyat by Mrs. Henry Wood is a dramatic masterpiece. With themes of family, morality, and class, The Shadow of Ashlydyat is as thought-provoking as it is compelling. Featuring complex, wonderfully-written characters, this Victorian drama leaves its audience conflicted on who to root for, and allows readers to invest in the personal dramas of the Godolphin family. This edition of The Shadow of Ashlydyat by Mrs. Henry Wood now features a striking new cover design and is printed in a font that is both modern and readable. With these accommodations, this edition of The Shadow of Ashlydyat crafts an accessible and pleasant reading experience for modern audiences while restoring the original sentiment and drama of Mrs. Henry Wood’s work.

Ellen Price (1814-1887) was an English novelist and translator, better known by her penname, Mrs. Henry Wood. Wood lived with her husband, Henry Wood, and four children in Southern France for twenty years, until moving back to England when Henry’s business failed. In England, Wood supported her family with her writing, becoming an international bestseller. Wood was praised for her masterful storytelling of middle-class lives, and often advocated for faith and strong morals in her work. Wood’s most celebrated work was East Lynne, a sensation novel popular for its elaborate plot. In 1867, Wood became the owner and editor of Argosy Magazine, which she continued to publish until her death in 1887. By the end of her career, Wood published over thirty novels, many of which were immensely popular in England, the United States, and in Australia.