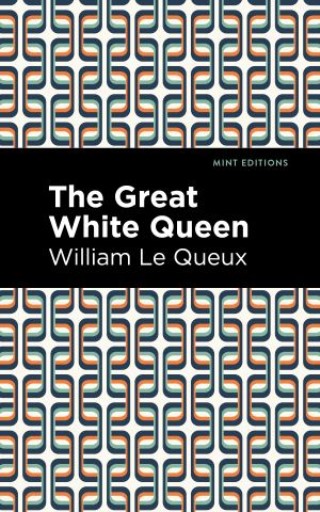 The Great White Queen (1896) is an adventure novel by Anglo-French writer William Le Queux. Published at the beginning of Le Queux’s career as a leading author of popular thrillers, The Great White Queen is a story of empire, myth, and war. Using his own research and experience as a journalist and adventurer, Le Queux crafts an accessible, entertaining tale for readers in search of a literary escape. Known for his works of fiction and nonfiction on the possibility of Germany invading Britain—a paranoia common in the early twentieth century—William Le Queux also wrote dozens of thrillers and adventure novels for a dedicated public audience. Although critical acclaim eluded him, popular success made him one of England’s bestselling writers. In The Great White Queen, a boy named Scarsmere is sent to a boarding school by his cold, uncaring uncle. There, he meets an African prince named Omar, and the two become fast friends. Several years later, Omar’s mother, the Naya of Mo, summons the prince back home to his native land. He asks Scarsmere to join him, and though the young Englishman has never left his country before, he feels no obligation to remain in a place where he has no family or friends. Together, the two embark on a journey to the heart of Africa, forging a brotherhood that will keep them alive through countless trials, betrayals, and pitfalls. Caught up in tribal conflict, captured by slave traders, and pursued across a vast, uncharted continent, Omar and Scarsmere make their way to the ancient kingdom of Mo, where the Great White Queen awaits on the Emerald throne. Reminiscent of the works of Edgar Rice Burroughs and H. Rider Haggard, William Le Queux’s The Great White Queen is a thrilling adventure with a cinematic narrative and an ultimately human message. With a beautifully designed cover and professionally typeset manuscript, this edition of William Le Queux’s The Great White Queen is a classic work of adventure fiction reimagined for modern readers.

William Le Queux (1864-1927) was an Anglo-French journalist, novelist, and radio broadcaster. Born in London to a French father and English mother, Le Queux studied art in Paris and embarked on a walking tour of Europe before finding work as a reporter for various French newspapers. Towards the end of the 1880s, he returned to London where he edited Gossip and Piccadilly before being hired as a reporter for The Globe in 1891. After several unhappy years, he left journalism to pursue his creative interests. Le Queux made a name for himself as a leading writer of popular fiction with such espionage thrillers as The Great War in England in 1897 (1894) and The Invasion of 1910 (1906). In addition to his writing, Le Queux was a notable pioneer of early aviation and radio communication, interests he maintained while publishing around 150 novels over his decades long career.