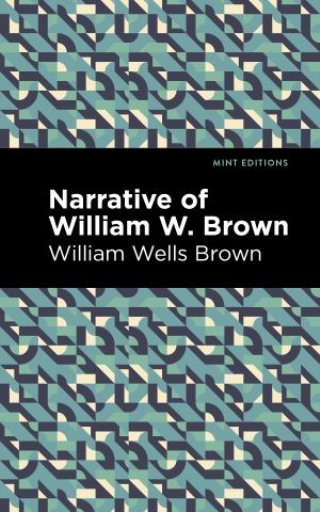 Originally published in 1847, William W. Brown offers a first-person narrative that details his enslavement and the daring escape that ultimately led to his freedom. It’s a captivating tale and testament to the perseverance and strength of the human spirit. In this narrative, William W. Brown presents the true story of his birth and life as an enslaved African American. He provides a truthful look at his origins, noting the unfortunate dynamic between his Black mother and white father. Brown goes into great detail explaining the rules and regulations of plantation life. He also discusses working on a steamboat, which eventually leads to his escape. Narrative of William W. Brown is a sobering story that illuminates the horrors of an inhumane institution. It’s personal and vital record that gives insight into the darkest time in American history. With an eye-catching new cover, and professionally typeset manuscript, this edition of Narrative of William W. Brown is both modern and readable.

William Wells Brown (1814–1884) was a career abolitionist who escaped slavery before the age of 20. As a young man, Brown worked on a steamboat, while learning how to read and write. He joined several anti-slavery groups and began helping other African Americans seeking asylum. Brown went on to lecture and write several books detailing the horrors of slavery. In 1847, he published Narrative of William W. Brown, a Fugitive Slave, a memoir detailing his own harrowing account. This was followed by 1853’s Clotel, which is often considered the first African American novel.