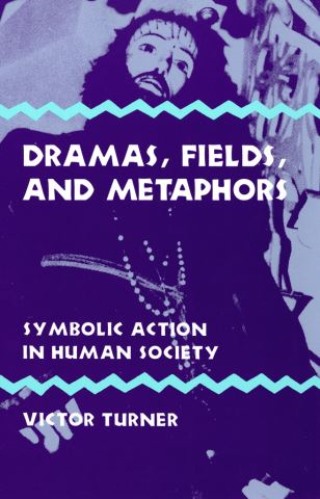 In this book, Victor Turner is concerned with various kinds of social actions and how they relate to, and come to acquire meaning through, metaphors and paradigms in their actors' minds; how in certain circumstances new forms, new metaphors, new paradigms are generated. To describe and clarify these processes, he ranges widely in history and geography: from ancient society through the medieval period to modern revolutions, and over India, Africa, Europe, China, and Meso-America.

Two chapters, which illustrate religious paradigms and political action, explore in detail the confrontation between Henry II and Thomas Becket and between Hidalgo, the Mexican liberator, and his former friends. Other essays deal with long-term religious processes, such as the Christian pilgrimage in Europe and the emergence of anti-caste movements in India. Finally, he directs his attention to other social phenomena such as transitional and marginal groups, hippies, and dissident religious sects, showing that in the very process of dying they give rise to new forms of social structure or revitalized versions of the old order.

Victor Turner (1920–1983) was professor of religion and anthropology at the University of Chicago. He authored many books, including The Forest of Symbols: Aspects of Ndembu Ritual, Dramas, Fields, and Metaphors: Symbolic Action in Human Society, and Revelation and Divination in Ndembu Ritual, all published by Cornell.