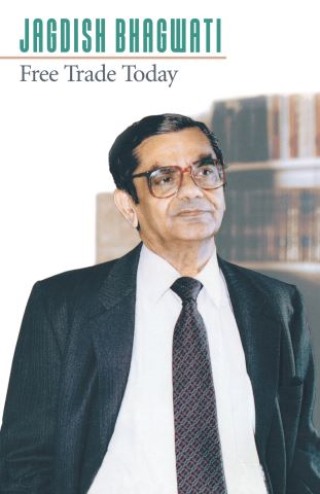 Free trade, indeed economic globalization generally, is under siege. The conventional arguments for protectionism have been discredited but not banished. And free trade faces strong new challenges from a variety of groups, including environmentalists and human rights activists as well as traditional lobbies who wrap their agendas in the language of justice and rights. These groups, claiming a general interest and denouncing free trade as a special interest of corporations and other capitalist forces, have organized large and vocal protests in Seattle, Prague, and elsewhere.

Based on his acclaimed Stockholm lectures and picking up where his widely influential Protectionism left off, Jagdish Bhagwati applies critical insights from revolutionary developments in commercial policy theory--many his own--to show how the pursuit of social and environmental agendas can be creatively reconciled with the pursuit of free trade. Indeed, he argues that free trade, by raising living standards, can serve these agendas far better than can a descent into trade sanctions and restrictions.

After settling the score in favor of free trade, Professor Bhagwati considers alternative ways in which it can be pursued. Chiefly, he argues in support of multilateralism and advances a withering critique of recent bilateral and regional free trade agreements (including NAFTA) as preferential arrangements that introduce growing chaos into the world trading system. He also makes a strong case for "going it alone" on the road to trade liberalization and endorses the reemergence of unilateral liberalization at points around the globe.

Forcefully, elegantly, and clearly written for the public by one of the foremost economic thinkers of our day, this volume is not merely accessible but essential reading for anyone interested in economic policy or in the world economy.

Jagdish N. Bhagwati: Jagdish Bhagwati is University Professor at Columbia University and André Meyer Senior Fellow in International Economics at the Council on Foreign Relations. An external adviser to the Director General of the World Trade Organization, he has been Economic Policy Adviser to the Director General, GATT, and Special Adviser to the United Nations on Globalization. He is the author of several volumes and he has been honored with three festschrifts. He has received several honorary degrees and awards, including the Bernhard Harms Prize, the Freedom Prize, and the Seidman Distinguished Award in Political Economy.