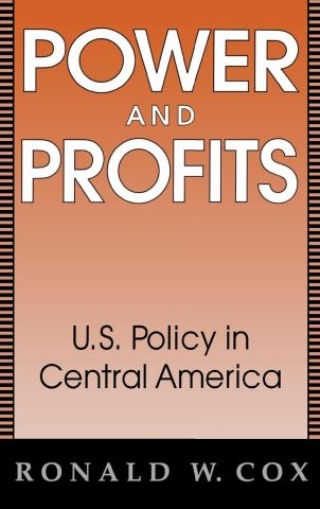 The cold war between the United States and the Soviet Union provided the context for U.S. policies toward Central America from the 1950s to the 1980s. Nonetheless, attitudes developed during the Cold War cannot explain the specific content of U.S. foreign policies toward the region.

Ronald W. Cox argues that U.S. business interests have worked with policymakers to develop trade, aid and investment policies toward Central America. He reveals how the relationship between business groups and the state has been shaped by business competition, national security considerations, institutional structures, and instability in the Central American countries.

Many see the state as autonomous and not influenced by business, but Cox argues that business groups have been able to take advantage of specific international circumstances to promote economic policies, thus increasing foreign investment. At the same time, division among business groups has affected foreign economic policies. This book is a provocative analysis of interest to scholars of international political economy, American foreign policy, comparative politics, and business-government relations.