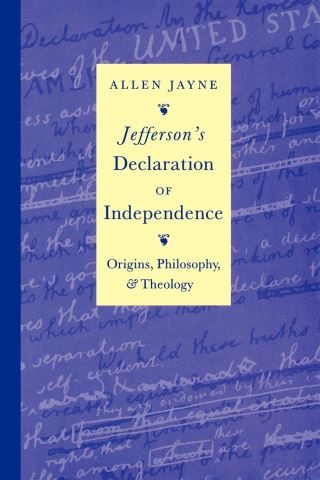 Allen Jayne analyzes the ideology of the Declaration of Independence—and its implications—by going back to the sources of Jefferson's ideas: Bolingbroke, Kames, Reid, and Locke. He concludes that the Declaration must be read as an attack on two claims of absolute authority: that of government over its subjects and of religion over the minds of men. Today's world is more secular than Jefferson's, and the importance of philosophical theology in eighteenth-century critical thought must be recognized in order to understand fully and completely the Declaration's implications. Jayne addresses this need by putting religion back into the discussion.

Allen Jayne is the editor of The Religious and Moral Wisdom of Thomas Jefferson.