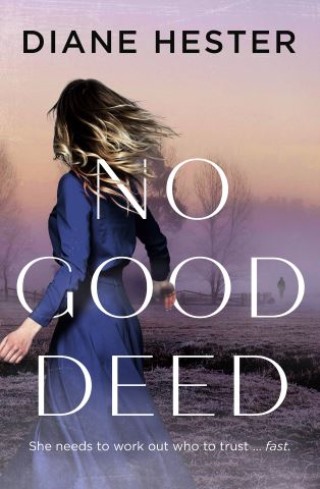 What if the man you're falling for is too good to be true?

Cassidy Blaire doesn't have time for romance. Between caring for her sick father and running the Kettle, a struggling soup kitchen in Adelaide, there's not much time for herself ... or for her to dwell on her sister, who disappeared two years ago. Which is why Cass is more surprised than anyone when she wins the attention of not one, but two handsome admirers.

After saving the life of rich, sophisticated Lyle Fuller in the Adelaide Hills, Cass is overwhelmed by roses, financial donations and romantic dinners. And then there's rugged builder Darren Travers who has volunteered his skills to help save the Kettle. But why is Lyle so interested in a girl like her, and what are Darren's motives for offering free labour, especially with his strange attitude towards the homeless community?

Someone isn't who they seem, and as threats and vandalism escalate to murder, Cass is going to need to work out who to trust ... and fast.

A romantic thriller set in the Adelaide Hills about secret identities, hidden agendas and how fate always wins in the end.

Born in New York, Diane Hester is a former violinist with the Rochester Philharmonic and the Adelaide Symphony. Her debut thriller, Run To Me, short-listed in the 2014 U.S. Daphne du Maurier Awards. She lives with her family and numerous pets in Port Lincoln, South Australia.