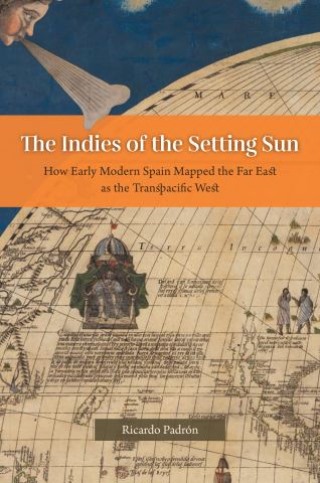 The Indies of the Setting Sun

Padrón reveals the evolution of Spain’s imagining of the New World as a space in continuity with Asia.

Narratives of Europe’s westward expansion often tell of how the Americas came to be known as a distinct landmass, separate from Asia and uniquely positioned as new ground ripe for transatlantic colonialism. But this geographic vision of the Americas was not shared by all Europeans. While some imperialists imagined North and Central America as undiscovered land, the Spanish pushed to define the New World as part of a larger and eminently flexible geography that they called las Indias, and that by right, belonged to the Crown of Castile and León. Las Indias included all of the New World as well as East and Southeast Asia, although Spain’s understanding of the relationship between the two areas changed as the realities of the Pacific Rim came into sharper focus. At first, the Spanish insisted that North and Central America were an extension of the continent of Asia. Eventually, they came to understand East and Southeast Asia as a transpacific extension of their empire in America called las Indias del poniente, or the Indies of the Setting Sun.

The Indies of the Setting Sun charts the Spanish vision of a transpacific imperial expanse, beginning with Balboa’s discovery of the South Sea and ending almost a hundred years later with Spain’s final push for control of the Pacific. Padrón traces a series of attempts—both cartographic and discursive—to map the space from Mexico to Malacca, revealing the geopolitical imaginations at play in the quest for control of the New World and Asia.