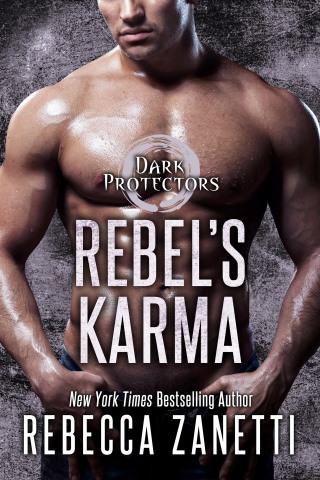 There’s no denying destiny . . .
For too long, Benjamin Reese has masked his deadly skills and temper with loyalty and humor. A vampire-demon hybrid, he fiercely protects his family, guards his brothers, and destroys the enemy without mercy. But when he discovers one fragile, beautiful blonde—a woman once mated to a Kurjan, no less—every primal instinct he has buried for centuries roars to life. With the mating mark she roused on his hand entwining their fates, no one will prevent him from keeping her safe and making her his, forever . . .

Or desire . . .
Karma wishes she could remember her last name. Or if she even had one. All she has in this confusing new world is a desperate duty to save the innocent. That means destroying the dark, dangerous, and desirable Benjamin Reese and everything he loves—an impossible task even before his touch arouses a passionate hunger she can’t afford. She’s certain a deadly enemy watches her every move, but it’s not until Benny kisses her that she tastes true danger…

Rebecca Zanetti: New York Times and USA Today bestselling author Rebecca Zanetti has worked as an art curator, senate aide, lawyer, college professor, and a hearing examiner—only to culminate it all in stories about alpha males and the women who claim them. Her novels have received a starred PW review, have been listed among Amazon’s best romances of the year, and have won RT Reviewer Choice Awards.

Growing up amid the glorious backdrops and winter wonderlands of the Pacific Northwest has given Rebecca fantastic scenery and adventures to weave into her stories. She resides in the wild north with her husband, children, and extended family who inspire her every day—or at the very least give her plenty of characters to write about.