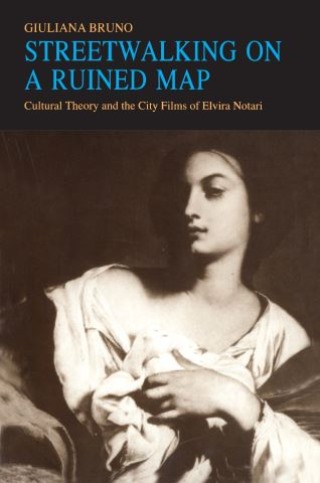 Streetwalking on a Ruined Map

Cultural Theory and the City Films of Elvira Notari

Emphasizing the importance of cultural theory for film history, Giuliana Bruno enriches our understanding of early Italian film as she guides us on a series of "inferential walks" through Italian culture in the first decades of this century. This innovative approach---the interweaving of examples of cinema with architecture, art history, medical discourse, photography, and literature--addresses the challenge posed by feminism to film study while calling attention to marginalized artists. An object of this critical remapping is Elvira Notari (1875-1946), Italy's first and most prolific woman filmmaker, whose documentary-style work on street life in Naples, a forerunner of neorealism, was popularly acclaimed in Italy and the United States until its suppression during the Fascist regime. Since only fragments of Notari's films exist today, Bruno illuminates the filmmaker's contributions to early Italian cinematography by evoking the cultural terrain in which she operated. What emerges is an intertextual montage of urban film culture highlighting a woman's view on love, violence, poverty, desire, and death. This panorama ranges from the city's exteriors to the body's interiors. Reclaiming an alternative history of women's filmmaking and reception, Bruno draws a cultural history that persuasively argues for a spatial, corporal interpretation of film language.