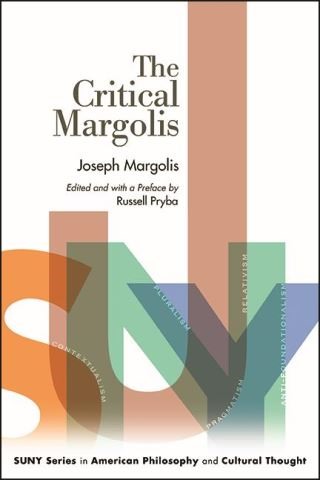 This critical reader covers Joseph Margolis’s controversial views of mind, truth, science, and reality, along with his revolutionary theories about culture, art, language, personhood, and morality.

Pragmatism's revival since 1980 can be credited to several thinkers, among them the longtime professor of philosophy at Temple University, Joseph Margolis. The Critical Margolis collects within one volume more than a dozen of his essential writings, allowing readers to become familiar with his important contributions to core areas of philosophy, where he has controversially challenged scientistic, analytic, and continental traditions. During a period when sharp divides animate intellectual debates—realism or idealism, matter or mind, causality or freedom, machines or persons, facts or values, cognition or emotion, and the like—Margolis dissolves false dichotomies and reconstructs philosophy itself. Prominent philosophers of the second half of the twentieth century, from Quine, Danto, and Putnam to Derrida, Rorty, and Brandom, along with a host of similarly significant thinkers, are targets of Margolis's critiques.

If there could be a comprehensive volume of pragmatism for today and tomorrow, The Critical Margolis shall serve.