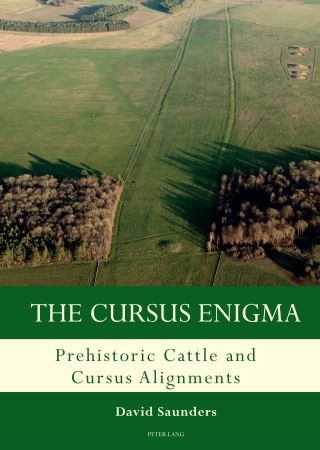 David Saunders grew up in West Sussex in an area less than 50 metres from the River Arun. There the floodplains, meadows and cattle herds became part of his childhood playground. He read archaeology at the University of Buckingham, obtaining a doctorate investigating the interrelationships between prehistoric cattle herd movement and the placement of cursus monuments. He continues to take an active role in numerous archaeological excavations. He has spent the last six years excavating within the Stonehenge World Heritage Site at the Mesolithic site at Blick Mead, and for many years has played an active role in the University of Reading’s annual archaeological field school, at excavations such as Marden Henge, the largest Neolithic henge site in the UK, at Cat’s Brain, the first Neolithic Long Barrow to be excavated for over seventy years, and at the Bath House within the Roman town of Silchester. His interest in animal movement extends to the animals and signs depicted within Palaeolithic cave art, where he regularly acts as an expert guide on tours to the Dordogne region of France and the Cantabrian region of Northern Spain.