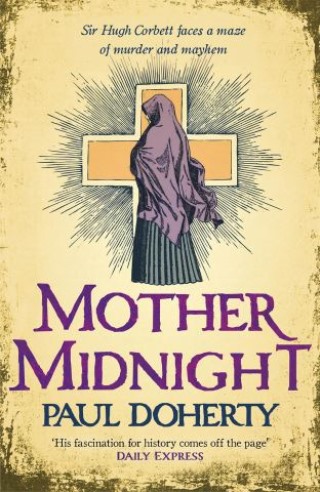 Paul Doherty's twenty-second medieval mystery featuring Sir Hugh Corbett is a gripping and gruesome tale of murder and mayhem sure to appeal to fans of C. J. Sansom and Bernard Cornwell.

1312. Sir Hugh Corbett, Keeper of the Secret Seal, has returned from the West Country to find Westminster in chaos. Edward II has fled in an attempt to protect his favourite from the wrath of his noblemen; and a royal clerk has been found dead, poisoned in a locked chamber.

Drawn into a maze of murder both at Westminster and at the Convent of Saint Sulpice, where young novices have started to disappear, Corbett quickly establishes a connection between the two mysteries. As other killings follow, Corbett's investigation leads him to a high-class brothel and its sinister owner, Mother Midnight. Challenged to a duel and hunted by a guild of ruthless assassins, Corbett and his loyal henchmen, Ranulf and Chanson, face a sea of troubles. And Corbett must call upon his wit and ingenuity to halt the tide of disaster that threatens to engulf him...

What readers say about Paul Doherty:
'Good plots, clever twists and mostly impossible to work out'
'Paul Doherty's depictions of medieval England are truly outstanding'
'Another brilliant story in the excellent Hugh Corbett series by a superb historical author'

Paul Doherty: Paul Doherty was born in Middlesbrough. He studied History at Liverpool and Oxford Universities and obtained a doctorate for his thesis on Edward II and Queen Isabella. He is now headmaster of a school in north-east London and lives with his family in Essex.