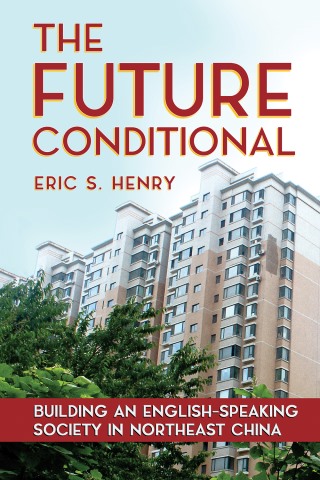 In The Future Conditional, Eric S. Henry brings twelve-years of expertise and research to offer a nuanced discussion of the globalization of the English language and the widespread effects it has had on Shenyang, the capital and largest city of China's northeast Liaoning Province. Adopting an ethnographic and linguistic perspective, Henry considers the personal connotations that English, has for Chinese people, beyond its role in the education system. Through research on how English is spoken, taught, and studied in China, Henry considers what the language itself means to Chinese speakers. How and why, he asks, has English become so deeply fascinating in contemporary China, simultaneously existing as a source of desire and anxiety? The answer, he suggests, is that English-speaking Chinese consider themselves distinctly separate from those who do not speak the language, the result of a cultural assumption that speaking English makes a person modern.

Seeing language as a study that goes beyond the classroom, The Future Conditional assesses the emerging viewpoint that, for many citizens, speaking English in China has become a cultural need—and, more immediately, a realization of one's future.

Eric S. Henry is Associate Professor of Anthropology at Saint Mary's University, Halifax. He has been published in City & Society, Language in Society, Anthropological Quarterly, and Anthropologica.