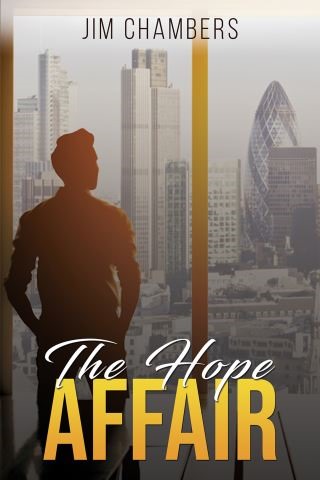 Fraud, murder, sexual exploitation and political corruption threaten the worlds of young businessman, Christopher Townsend and civil servant, Caroline Hope. Christopher’s dreams of riches are in peril whilst Caroline becomes suicidal. And government collapse seems likely.
Christopher Townsend is a motivated young businessman determined to prove himself in the wake of his abusive father’s damning comments. He identifies an outlet for his ambitions and quest for success in the corporate world, where he meets up with his long-lost love, Elizabeth. Encountering fraudulent practice, how will he react to Elizabeth’s demands that he chooses between his dreams of riches and her? How will he react on learning of a murder which seems inextricably linked with the fraud he is uncovering?
Meanwhile vicar’s daughter, Caroline Hope, is seeking to prove herself and discover a sense of self-worth in a world she is ill-prepared for. Socially awkward but highly intelligent, how will she cope with her developing doubts about her lover? How will she respond to the bullying blackmail of her minister and to sexual exploitation?
Christopher’s and Caroline’s worlds are set to intersect as they both seek to rise to challenges that seem insurmountable and inconsistent with their aspirations as the worst excesses of the political and business worlds impact in a pincer movement of malevolence and corruption.

Jim Chambers: Jim is a proud father, grandfather, husband, brother and uncle. Having spent his executive career primarily in technology and education, his business interests continue as the chairman of an ed-tech company in Liverpool. Enduring passions are family, hiking the hills of Derbyshire’s Peak District and beyond, fine food and wine, and he is a Derby County Football Club season ticket holder. He self-published a novel, Paradigm Shift, in 2013 and a novella, Perception, in 2018; also two anthologies of short stories: Life’s Journeys in 2017 and We Will Remember You in 2018.