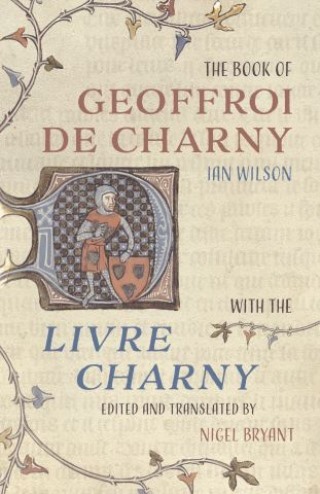 The Book of Geoffroi de Charny

The poem known as the Livre Charny (Charny's Book), by the 14th century French knight Geoffroi de Charny, has never been published, Nigel Bryant's brilliant new translation of this long-neglected poem, based on a hithertooverlooked original Charny manuscript housed in Oxford, vividly conveys Charny's self-deprecating and extraordinarily down-to-earth attitudes towards the knightly career.

Charny is surprisingly blunt in his descriptions of the mishaps and mortal dangers to be expected, from losing in a tournament, to homesickness on crusade, to being concussed whilst attempting to scale an enemy tower. Nothing else quite like it is to be found in medieval literature.

Bryant and Wilson also argue that Charny's Book is so different in style from the Book of Chivalry, also attributed to him. Using the evidence of a hitherto unnoticed manuscript in Madrid, They show that the latter is likely to be a work of the 1380s composed by Charny's son of the same name, possibly as a kind of memorial to his heroic father.

Ian Wilson: Born in south London, IAN WILSON read and graduated in history at Magdalen College, Oxford, back in the 1960s. He first took an interest in Geoffroi de Charny whilst at the British Library researching a book on the history of the Turin Shroud published in both the USA and UK in 1978. He is a prolific author of books for the general reader, including an authoritative biography of Shakespeare, Shakespeare: The Evidence, the research for which by accident brought to light the original manuscript of Charny's works now housed in the Bodleian Library, Oxford. In 1995 Ian and his wife emigrated to Queensland, Australia, and The Book of Geoffroi de Charny, his first-ever academic book, has been researched and written whilst in retirement.