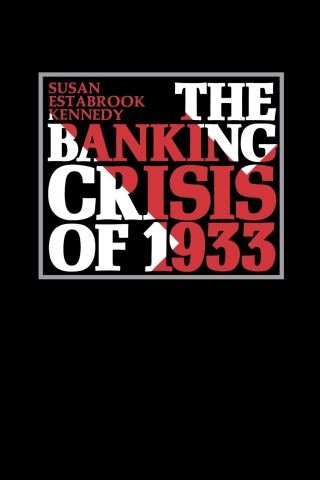 On March 6, 1933, Franklin D. Roosevelt, less than forty-eight hours after becoming president, ordered the suspension of all banking facilities in the United States. How the nation had reached such a desperate situation and how it responded to the banking "holiday" are examined in this book, the first full-length study of the crisis.

Although the 1920s had witnessed a wave of bank failures, the situation worsened after the 1929 stock market crash, and by the winter of 1932-1933, complete banking collapse threatened much of the nation. President Hoover's stopgap measures proved totally inadequate, the author shows, and by March 4, the day of Roosevelt's inauguration, thirty-four states had declared banking moratoriums. Of special interest in this study is Ms. Kennedy's examination of relations between Herbert Hoover and Franklin D. Roosevelt.