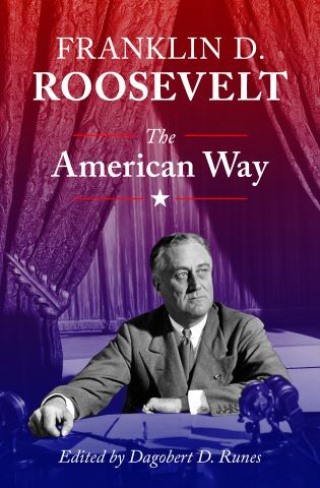 An enlightening selection of writings by the US president who defined the American way as he led the country through the twentieth century’s darkest days.

As the thirty-second president of the United States, Franklin Delano Roosevelt navigated the country out of the Great Depression through an extraordinary agenda of public works and financial reforms known as the New Deal. He then inspired the American people to stand up to tyranny by speaking out against fascist regimes abroad during the Second World War.

These were defining moments for America, and Roosevelt brilliantly articulated their significance in a series of speeches and other public addresses. The American Way presents a selection of his historic writings, which established the ideological foundations of contemporary American democracy.

Franklin D Roosevelt: Franklin Delano Roosevelt, often referred to by his initials FDR, was an American politician who served as the thirty-second president of the United States from 1933 until his death in 1945.