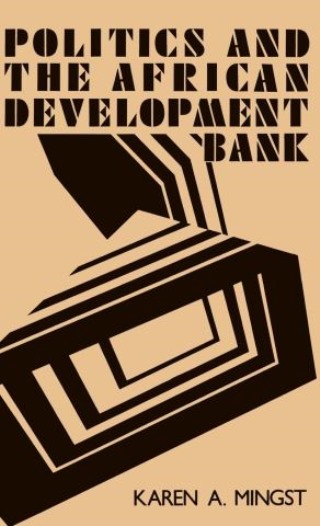 Politics and the African Development Bank

The African continent has long been plagued by economic problems. During the 1970s, with famines and two oil crises, the attention of the international donor community was riveted on Africa. In the 1980s international organizations, both governmental and private, have responded to the African crises.

One increasingly visible organization is the African Development Bank, recently heralded by the Wall Street Journal as "the rarest of African species: a success." Founded in 1964 by African governments, its mandate was to solve African problems using African resources. But the devastation of the 1970s forced bank members to reexamine the implications of Africanicity, and in 1982 the bank courted nonregional members.

In this first academic study of the ADB, Karen Mingst argues that the bank is a political institution, not the functional, economically neutral organization originally envisioned. Using bank archives and extensive interviews with ADB personnel, contractors, the economic development community, and national government officials, Mingst analyzes the changing political relationships in the ADB in three arenas: intraorganizational politics with effects on the secretariat and on policy issues, political relations with other development organizations, and hegemonic politics among politically and economically powerful state members.

Particularly fascinating are her analyses of ADB techniques to influence borrowing states and her discussion of the cooperative and competitive relationship between the ADB and the World Bank. Mingst concludes by comparing the ADB with the other multilateral development banks: the Inter-American Development Bank and the Asian Development Bank.

This book will interest all policymakers and scholars concerned with international organizations, economic development, and the entire future of Africa.