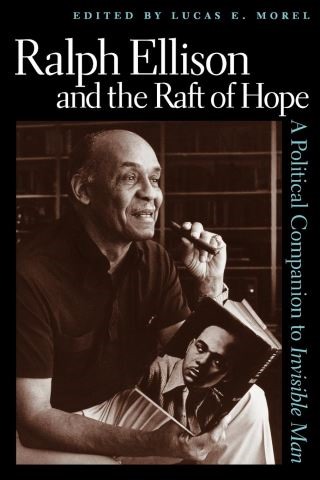 Ralph Ellison and the Raft of Hope

A Political Companion to Invisible Man

An important new collection of original essays that examine how Ellison's landmark novel, Invisible Man (1952), addresses the social, cultural, political, economic, and racial contradictions of America. Commenting on the significance of Mark Twain's writings, Ralph Ellison wrote that "a novel could be fashioned as a raft of hope, perception and entertainment that might help keep us afloat as we tried to negotiate the snags and whirlpools that mark our nation's vacillating course toward and away from the democratic ideal." Ellison believed it was the contradiction between America's "noble ideals and the actualities of our conduct" that inspired the most profound literature—"the American novel at its best."

Drawing from the fields of literature, politics, law, and history, the contributors make visible the political and ethical terms of Invisible Man, while also illuminating Ellison's understanding of democracy and art. Ellison hoped that his novel, by providing a tragicomic look at American ideals and mores, would make better citizens of his readers. The contributors also explain Ellison's distinctive views on the political tasks and responsibilities of the novelist, an especially relevant topic as contemporary writers continue to confront the American incongruity between democratic faith and practice. Ralph Ellison and the Raft of Hope uniquely demonstrates why Invisible Man stands as a premier literary meditation on American democracy.