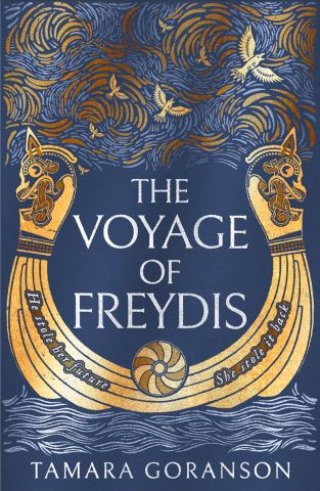 The Voyage of Freydis

History set her fate in stone…

But under a hammer that falls like thunder, stone will always shatter.

So with her voice she lights the forge.

The Voyage of Freydis sings the silenced tale of Freydis Eiriksdottir, the first and only woman to lead a Viking voyage across the Atlantic in this tempestuous retelling of the Vinland Sagas set at the dawn of the 11th century.

Tamara Goranson holds a Ph.D. in Clinical Psychology and Neuropsychology as well as Adjunct Professor status at the University of Victoria in British Columbia, Canada. She published several academic pieces before she turned to writing short stories, creative non-fiction, and historical fiction, winning 3rd prize in the 2019 Vancouver Island Writers’ Association annual general contest for her nonfiction piece, ‘A Voice in Time’. She lives in Victoria with her husband and two daughters.