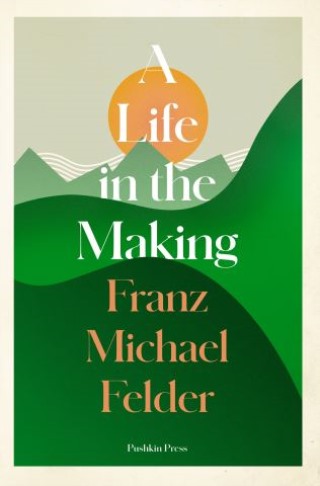 A Life in the Making

The inspiring, meditative classic autobiography of a pioneering nineteenth-century autodidact and writer, in English for the first time

Over the 29 years of his short life, Franz Michael Felder worked with furious productivity to better himself and the lives of those around him. From his humble origins in the Austrian village of Schoppernau, he went on to found workers' cooperatives, a political party and even a public library in his own home, as well as writing many literary works.

A Life in the Making is both the culmination of this extraordinary career and a chronicle of its development. It is a story of early hardship and fortitude, of Felder's relentless zeal for learning and his lifelong effort to reconcile his own expanding horizons with the enforced confines of the community he was born to. Unfolding in prose of limpid beauty, A Life in the Making becomes a deeply moving tribute to Felder's wife Nanni, and to his enduring belief in the possibility of a better world.

Franz Michael Felder: Franz Michael Felder (1839-1869) was born to a farming family in Schoppernau, Austria. Over the course of his short life, he created a towering legacy as a writer and social reformer. Felder was one of the first Austrian writers to document the farming life he was born to, and he earned a reputation as a rebel through his socially critical writing and work in politics and agricultural reform. He began to write his masterpiece, A Life in the Making, shortly after the death of his beloved wife Nanni, and Felder himself died only months after finishing it. Translator David Henry Wilson is a playwright, novelist and children’s author. He lectured for many years at the universities of Bristol and Constance, where he founded the university theatre.