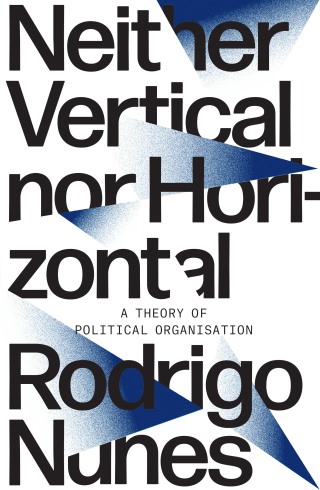 Neither Vertical Nor Horizontal

A Theory of Political Organization

How do we organize in a world after both Occupy and the Sanders campaign?

A decade ago, a wave of mass mobilisations described as "horizontal" and "leaderless" swept the planet, holding the promise of real democracy and justice for the 99%. Many saw its subsequent ebb as proof of the need to go back to what was once called "the question of organisation". For something so often described as essential, however, political organisation remains a surprisingly under-theorised field. In this book, Rodrigo Nunes proposes to remedy that lack by starting again from scratch. Redefining the terms of the problem, he rejects the confusion between organisation and any of the forms it can take, such as the party, and argues that organisation must be understood as always supposing a diverse ecology of different initiatives and organisational forms. Drawing from a wide array of sources and traditions that include cybernetics, poststructuralism, network theory and Marxism, Nunes develops a grammar that eschews easy oppositions between "verticalism" and "horizontalism", centralisation and dispersion, and offers a fresh approach to enduring issues like spontaneity, leadership, democracy, strategy, populism, revolution, and the relationship between movements and parties.

Rodrigo Nunes: Rodrigo Nunes is professor of modern and contemporary philosophy at the Pontifical Catholic University of Rio de Janeiro (PUC-Rio), Brazil. He is the author of Organisation of the Organisationless: Collective Action After Networks and of numerous articles in publications such as Les Temps Modernes, Radical Philosophy, South Atlantic Quarterly, Jacobin, Al Jazeera and The Guardian. As an organizer and popular educator, he has been involved in several initiatives in Brazil and in Europe, including the first editions of the World Social Forum.