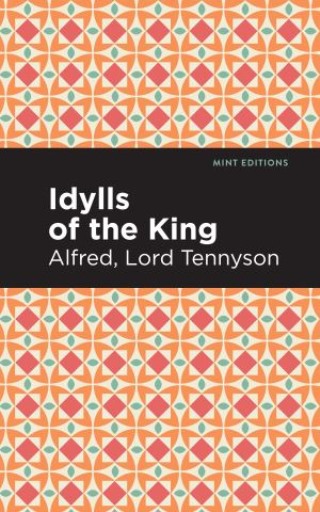 Idylls of the King

Idylls of the King (1859-1885) is a cycle of narrative poems by British poet Alfred, Lord Tennyson. Written while Tennyson was serving as Poet Laureate, Idylls of the King reworks the medieval Arthurian legend in blank verse and with an elegiac tone. Based on Sir Thomas Malory’s Le Morte d’Arthur and the early British Mabinogion manuscripts, Tennyson’s work connects an ancient tradition to the reign and ideals of Queen Victoria.

“The Coming of Arthur” traces Arthur’s rise to power, narrating his role in the siege of Cameliard and the liberation of Leodogran’s kingdom. Following their victory, Arthur marries Guinevere, Leodogran’s daughter, who is brought to Camelot by the loyal Sir Lancelot, one of Arthur’s finest knights. In “Gareth and Lynette,” the young Gareth begins as a worker in Camelot’s kitchens before ascending to the role of knight and being sent on a quest to Castle Perilous. In “Enid,” Sir Geraint, disturbed by a rumored liaison between Lancelot and Guinevere, grows suspicious of his wife Enid and decides to leave Camelot. Unable to quell his distrust and jealousy, Geraint brings Enid on a dangerous quest in order to test her faith. Other sections of the sequence follow the quest for the Holy Grail, Guinevere’s escape from Camelot, and Mordred’s betrayal of Arthur and the Knights of the Round Table. Idylls of the King illuminates an ancient legend for modern audiences, presenting stories of honor, romance, and adventure in engaging, accessible verse.

With a beautifully designed cover and professionally typeset manuscript, this edition of Alfred, Lord Tennyson’s Idylls of the King is a classic of English literature reimagined for modern readers.

Alfred, Lord Tennyson (1809-1892) was a British poet. Born into a middle-class family in Somersby, England, Tennyson began writing poems with his brothers as a teenager. In 1827, he entered Trinity College, Cambridge, joining a secret society known as the Cambridge Apostles and publishing his first book of poems, a collection of juvenile verse written by Tennyson and his brother Charles. He was awarded the Chancellor’s Gold Medal in 1829 for his poem “Timbuktu” and, in 1830, published Poems Chiefly Lyrical, his debut individual collection. Following the death of his father in 1831, Tennyson withdrew from Cambridge to care for his family. His second volume of poems, The Lady of Shalott (1833), was a critical and commercial failure that put his career on hold for the next decade. That same year, Tennyson’s friend Arthur Hallam died from a stroke while on holiday in Vienna, an event that shook the young poet and formed the inspiration for his masterpiece, In Memoriam A.H.H. (1850). The poem, a long sequence of elegiac lyrics exploring themes of loss and mourning, helped secure Tennyson the position of Poet Laureate, to which he was appointed in 1850 following the death of William Wordsworth. Tennyson would hold the position until the end of his life, making his the longest tenure in British history. With most of his best work behind him, Tennyson continued to write and publish poems, many of which adhered to the requirements of his position by focusing on political and historical themes relevant to the British royal family and peerage. An important bridge between Romanticism and the Pre-Raphaelites, Tennyson remains one of Britain’s most popular and influential poets.