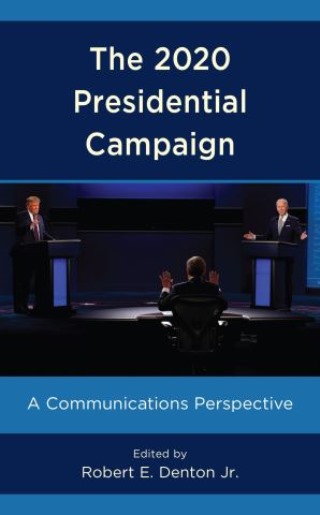 As he has done for each presidential campaign since 1992, Robert E. Denton Jr. gathers a diverse collection of communications scholars to analyze specific areas of the most recent campaign season. Topics include early campaign rhetoric, the nomination process and conventions, candidate strategies, presidential debates, political advertising, the use of new media, and coverage of the campaigns.

This volume looks at the 2020 presidential campaign from three perspectives. The first section addresses the major political campaign communication areas, including pre-primary/candidate surfacing, the conventions, the debates, political advertising, social media, and news coverage of the campaign. The second section includes two unique perspectives on political branding and the politics of food in the 2020 campaign. The final section of the volume provides the broad overviews of campaign spending and finance as well as the national perspective of explaining the vote. Thus, the chapters cluster around the themes of campaign communication, studies of unique or special topics relevant to the campaigns, and the overall election.