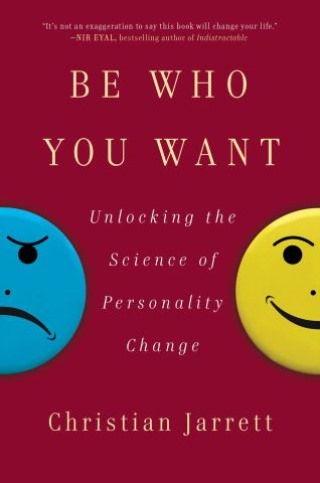 Be Who You Want

Unlocking the Science of Personality Change

From cognitive neuroscientist Dr. Christian Jarrett, a fascinating book exploring the science of personality and how we can change ourselves for the better.

What if you could exploit the plasticity of personality to change yourself in specific ways?

Until now, we’ve been told that we’re stuck with the personality we were born with: The introvert will never break out of their shell, the narcissist will be forever trapped gazing into the mirror.

In Be Who You Want, Dr. Christian Jarrett takes us on a thrilling journey, as he not only explores the ways that life changes us, but shows how we can deliberately shape our personalities to influence the course of our lives.

Dr. Jarrett draws on the latest research to provide evidence-based ways to change each of the main five personality traits, including how to become more emotionally stable, extraverted, and open-minded. Dr. Jarrett features compelling stories of people who have achieved profound personality change such as a gang-leader turned youth role model, a drug addict turned ultra-runner, and a cripplingly shy teenager turned Hollywood mega-star. He also delves into the upsides of the so-called Dark Triad of personality traits—narcissism, Machiavellianism, and psychopathy—and how we might exploit their advantages without ourselves going over to the dark side.

Filled with quizzes and interactive exercises to help us better understand the various aspects of our personalities, life stories, and passions, Be Who You Want will appeal to anyone who has ever felt constrained by how they've been characterized and wants to pursue lasting change.

Christian Jarrett: A cognitive neuroscientist by training, Christian Jarrett has been popularizing psychology and neuroscience for over two decades. His award-winning writing on the mind, brain, and behavior has appeared in publications across the world, including the BBC, New York magazine, VICE, Aeon, The Guardian, GQ, WIRED, and many more. Today he is Deputy Editor of Psyche, a digital magazine that illuminates the human condition. Dr. Jarrett has written several critically acclaimed books including The Rough Guide to Psychology and Great Myths of the Brain. He was also a consultant editor and lead author for the best-selling 30-Second Psychology. He lives in the countryside near Brighton, England with his wife and twins (a boy and a girl) and their miniature schnauzer.