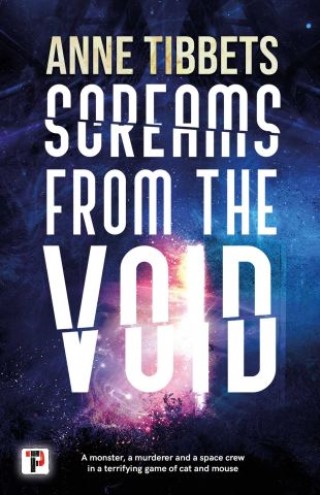 Screams from the Void

"A tense, gripping SF house of horrors in space, where not all the monsters are inhuman. I enjoyed this enormously." — Peter McLean, author of Priest of Bones

For two years in deep space, the freighter Demeter and a small crew have collected botanical life from other planets. It's a lesson in patience and hell. Mechanics Ensign Raina is ready to jump ship, if only because her abusive ex is also aboard, as well as her overbearing boss. It's only after a foreign biological creature sneaks aboard and wreaks havoc on the ship and crew that Raina must find her grit - and maybe create a gadget or two - to survive...that is, if the crew members don't lose their sanity and turn on each other in the process.

FLAME TREE PRESS is the new fiction imprint of Flame Tree Publishing. Launched in 2018 the list brings together brilliant new authors and the more established; the award winners, and exciting, original voices.

Anne Tibbets: Former TV writer’s assistant and script writer Anne Tibbets is the author of four novels of post-apocalyptic science fiction, including The Line Series: Carrier and Walled, and Extinction Biome: Invasion and Dispersal (written as Addison Gunn). She also works as a book doctor and literary agent. More information about her work can be found at AnneTibbets.com.