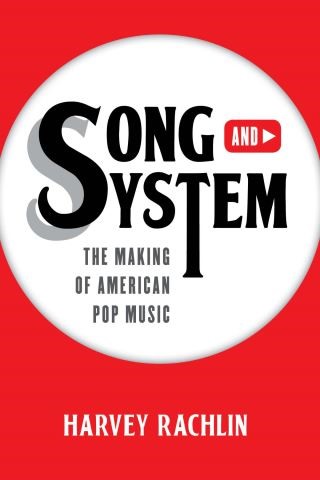 The Making of American Pop Music

From the first Tin Pan Alley tunes to today’s million-view streaming hits, pop songs have been supported and influenced by an increasingly complex industry that feeds audience demand for its ever-evolving supply of hits.

Harvey Rachlin investigates how music entered American homes and established a cultural institution that would expand throughout the decades to become a multibillion dollar industry, weaving a history of the evolution of pop music in tandem with the music business. Exploding in the 1950s and ’60s with pop stars like Elvis and the Beatles, the music industry used new technologies like television to promote live shows and record releases. More recently, the development of online streaming services has forced the music industry to cultivate new promotion, distribution, copyright, and profit strategies.

Pop music and its business have defined our shared cultural history. Song and System: The Making of American Pop Music not only charts the music that we all know and love but also reveals our active participation in its development throughout generations.

Harvey Rachlin: Harvey Rachlin is the award-winning author of thirteen books. He has written for the New York Times and numerous other publications.