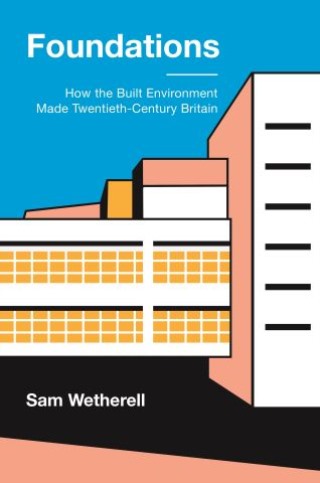 How the Built Environment Made Twentieth-Century Britain

An urban history of modern Britain, and how the built environment shaped the nation’s politics

From the mid-twentieth century, spectacular new types of urban space were created in order to help remake Britain’s economy and society. Government-financed industrial estates laid down infrastructure to entice footloose capitalists to move to depressed regions of the country. Shopping precincts allowed politicians to plan precisely for postwar consumer demand. Public housing modernized domestic life and attempted to create new communities out of erstwhile strangers. In the latter part of the twentieth century many of these spaces were privatized and reimagined as their developmental aims were abandoned. Industrial estates became suburban business parks. State-owned shopping precincts became private shopping malls. The council estate was securitized and enclosed. New types of urban space were imported from American suburbia, and planners and politicians became increasingly skeptical that the built environment could remake society. With the midcentury built environment becoming obsolete, British neoliberalism emerged in tense negotiation with the awkward remains of built spaces that had to be navigated and remade.

Taking readers to almost every major British city as well as to places in the United States and Britain’s empire, Foundations highlights how some of the major transformations of twentieth-century British history were forged in the everyday spaces where people lived, worked, and shopped.

Sam Wetherell: Sam Wetherell is lecturer in the history of Britain and the world at the University of York. Twitter @samwetherell