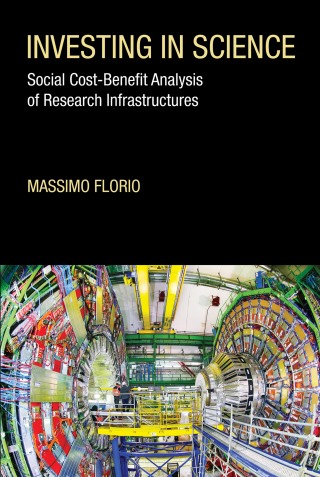 A proposal for using cost-benefit analysis to evaluate the socioeconomic impact of public investment in large scientific projects.

Large particle accelerators, outer space probes, genomics platforms: all are scientific enterprises managed through the new form of the research infrastructure, in which communities of scientists collaborate across nations, universities, research institutions, and disciplines. Such large projects are often publicly funded, with no accepted way to measure the benefits to society of these investments. In this book, Massimo Florio suggests the use of cost-benefit analysis (CBA) to evaluate the socioeconomic impact of public investment in large and costly scientific projects.

The core concept of CBA of any infrastructure is to undertake the consistent intertemporal accounting of social welfare effects using the available information. Florio develops a simple framework for such accounting in the research infrastructure context and then offers a systematic analysis of the benefits in terms of the social agents involved. He measures the benefits to scientists, students, and postdoctoral researchers; the effect on firms of knowledge spillovers; the benefits to users of information technology and science-based innovation; the welfare effects on the general public of cultural services provided by RIs; and the willingness of taxpayers to fund scientific knowledge creation. Finally, Florio shows how these costs and benefits can be expressed in the form of stochastic net present value and other summary indicators.

Massimo Florio: Massimo Florio is Professor of Public Economics at the University of Milan. He is the author of The Great Divestiture and coeditor of The Economics of Infrastructure Provisioning (both published by the MIT Press).